Universities Are Major Sources of Innovation. Why Does Much of This Tech Fail to Reach Commercial Success? 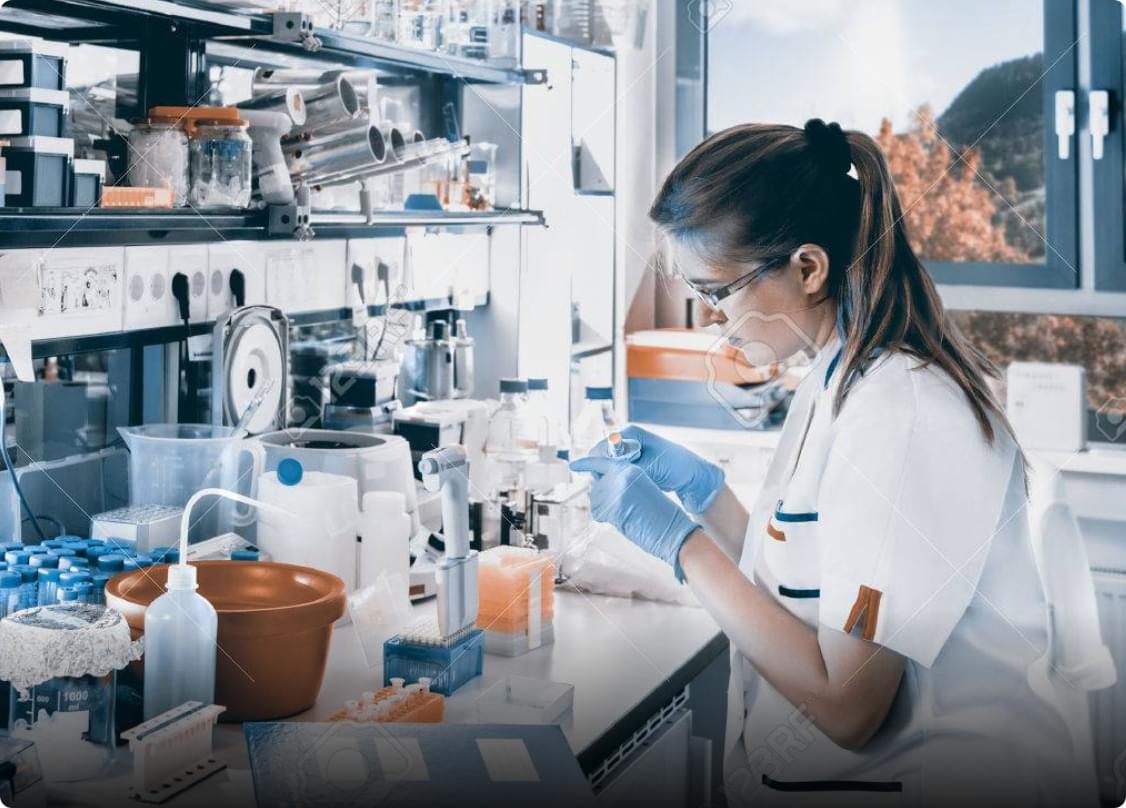 In the university research ecosystem, schools are well positioned to produce two things: Top-tier academic researchers, and, of course, these researchers’ innovations themselves.

The ideas produced within research environments often take significant time and dedication to develop and can be the basis of life-changing technology — they’re what cure diseases, solve critical energy problems, or even ensure the stability of our food ecosystem. Usually funded by grants, the results of successful research projects are often synthesized in academic papers by the researchers and hopefully published to great fanfare in the academic community. At that point, the academic researcher goes searching for more grant money, and lather, rinse, repeat.

In short, the modern university is a wellspring of innovation and human capital. But the academic successes of the research alone don’t begin to tell the whole story. After all, the purpose of innovation isn’t merely adding leaves to the tree of broader knowledge for a small community of experts. The purpose extends to realizing the far-reaching impacts to the world at large including for you, your family, and potentially all of our futures.

If meaningful technology — say, for instance, a cancer treatment stemming from groundbreaking oncology research — is stymied from reaching the greater public, its tangible effects are, too.

The journey from an idea within a lab to a commercial success outside of it is often grueling and opaque. As it turns out, many of the challenges along this journey have little to do with conducting research and writing papers. Here’s why some of the best ideas never quite make it out of the lab:

The Challenge for Researchers

Every innovation first starts with a person and an idea. Generally speaking, academic researchers are a curious, ambitious bunch who want to make a dent in the universe. When they’re looking for areas or sectors to work in, they typically focus in on places where they feel most passionate and are able to make the most substantial impact.

They’re also often conscious about whether they can make a name for themselves, too; researchers aren’t only responsible for creating important research, but also for crafting how they talk about their creations and discoveries to the rest of the world. In a way, their success and respect depends largely on how effective they are at understanding and communicating the value of their innovations to others.

The greatest academics are a combination of gifted research scientist, salesperson, and businessperson — a potent combination of raw intellectual horsepower, clear-minded communication skills, and sensible business judgment. This talent unlocks access to the best journals for research publication; praise from the highest echelons of their peers; and aids in unlocking additional grant money, which is the lifeblood of all academic research.

To the extent academics are able to galvanize support behind their ideas, they can continue to push forward in the increasingly competitive race to win the grants necessary to support further exploration. As the broader impacts of a discovery emerge, a shift from technological feasibility to novelty, commercial value, and patent defensibility come into greater focus and the academic will need to activate and effectively consider and communicate with a different set of stakeholders entirely. This outward engagement requires graceful orchestration to balance the commercial potential of innovative research with the sanctity of the discovery-oriented research process. Researchers, academic institutions, and grant funding bodies are closely attentive to conflicts of interest and are therefore extremely cautious with commercial partnerships early in discovery. The crucial challenge comes in identifying research projects at right stage for commercial partnership and then supplying the resources necessary to advance toward a new set of goals.

The Challenge for Commercialization Arms

Once an idea has advanced to the point commercial potential, the researcher will begin to involve other parties within the university. Most universities have entire organizations and internal arms dedicated to licensing and commercializing technologies created by their academics. These organizations are tasked with collecting and identifying innovations of value in the university ecosystem, and matching them with external parties interested in near-term productization or teams intending to further incubate their tech.

These organizations are staffed by many highly sophisticated and competent leaders — many of whom are former researchers themselves — but it’s nearly impossible to grasp the nuances of every innovation they’re responsible for licensing and commercializing. And it’s also unreasonable to expect it, no matter how many experts are on staff. Academic researchers are therefore frequently relied on to think through the novelty and value of their innovation as well as its ideal use cases to prospective licensees. Absent an active and engaged external feedback channel early in the process, researchers often struggle to calibrate the potential of their inventions to the realities of the commercial landscape.

Additionally, regardless of how efficient commercialization representatives are at targeting the entire universe of potentially interested parties for the hundreds of technologies they are juggling, compelling technology alone isn’t enough. Behind every successful technology is a trail of blood, sweat, and tears required to shepherd it along.

No amount of competence and efficiency from tech transfer professionals can overcome this fundamental reality. Even at Stanford University, perhaps the most successful technology transfer office, only about 0.77% of their licensed technologies have made more than $1M in licensing royalties. As a consequence of this structural challenge, 73% of university commercialization offices lose money and an additional 16% barely break even.

But the role of tech transfer is much more than generating revenue — it’s about generating impact. How, then, do you generate impact when such a relatively small percentage of technologies see the light of day due to shallow engagement? It’s quickly becoming obvious that the role of the university in commercializing its technology portfolio involves much more than merely connecting academics and licensees. They must also deepen and truly activate this engagement which requires an expanded approach.

Throughout the past five years, we’ve seen a bifurcation within universities toward engaging strategics early in the licensing process when they can be more easily “activated” at one end of the spectrum. At the other end, the focus is shifting toward arming academics and steely entrepreneurs with the tools and resources necessary to embark on the long road of spinning up a company. This has taken the form of university supported incubators, early-stage funding vehicles, entrepreneur-in-residence programs, and other means of facilitating greater external feedback and engagement.

Yet, even if an academic researcher can produce a novel innovation, and a commercialization organization can effectively support it through to the formation of a company, it still has to be packaged and supported in such a way that customers benefit (and will pay for).

The Challenge for Spinout Companies

Selling anything is a miracle of coordination. At the very least, creators must create, sellers must sell, and support must make sure customers are and continue to be happy. And that’s just for a company lucky enough to be selling a product customers already are aware of and understand enough to ask for or desire.

Then, there are startups.

It’s obviously extremely difficult to start a company of any stripe, but it’s exponentially harder to start one predicated on complex and nuanced research — as university startups often are. Instead of selling a widget that a consumer can touch and feel, university startups are frequently trying to commercialize intellectual property, much of which involves science that goes above the heads of most. That makes customer education for a university startup a mountain to climb: How, exactly, do you compellingly articulate a value proposition in order to find customers, and raise money in order to continue to grow if your target market can’t understand what it is that you do?

Let’s go back to the example from the beginning about that company developing a new cancer treatment — in the shoes of the founders:

You’re a young company formed around innovative IP coming out of a large research institution somewhere in the US. You and your team, which involves the original academic oncology researcher, are hungry and competent — and thrilled to make an impact in the cancer treatment space. You operate in a complex regulatory landscape, supervised by a number of government agencies and product control boards. Plus, the competitive environment is such that there are a finite number of potential buyers for your solution. And, because research typically builds on itself, there are a number of competitors who are creating solutions with impacts similar to those intended by yours.

Additionally, there are only a small number of investors who understand this space well enough to competently invest, and even fewer who have the industry contacts critical to your continued growth. Choose the wrong investor, and you could be in for a headache, or even worse.

How does your small team manage this regulatory burden, educate and articulate your value proposition to customers while understanding how your competitors measure up, and identify appropriate investors, all at the same time?

With this infrastructure, it’s no wonder why most young companies fail — or, simply, are never in a position for their products to reach the consumers whom they can affect most.

And that’s exactly why this matters.

Because society at large needs to be in a position for that cancer treatment to reach those it was intended to help, and for other important technology that could potentially produce a major landscape shift to get out there, too. The research that comes out of universities isn’t always a matter of life or death — Google, after all, came out of Stanford — but can you possibly imagine if it’d been stuck or even killed along the way because of this process?

But there’s a way we can tilt the odds. It begins with beginning-to-end support for university startups and their innovations.

Stay current with breakthroughs and opportunities in your network. Straight to your inbox!

We're a group of alumni focused on getting ahead after college. Follow us to hear more about promising opportunities in your network.